Country superstar Loretta Lynn passed peacefully in her sleep in the early morning, Tuesday, October 4, at her home in Hurricane Mills, Tennessee. Lynn was 90.

Over the course of her 60-year career, the famous native of Butcher Hollow, Ky. amassed a staggering 51 Top 10 hits, garnered every accolade available in music from GRAMMY awards to induction into the Country Music Hall of Fame, and broke down barriers for women everywhere with songs like “Don’t Come Home a Drinkin’ (With Lovin’ on Your Mind),” “Fist City” and “Coal Miner’s Daughter.”

Thanks to the Oscar-winning 1980 film Coal Miner’s Daughter starring Sissy Spacek, Lynn’s story and songs were brought to an even wider audience, amplifying her impact on several generations of songwriters and artists in various genres including Jack White, with whom Lynn made the GRAMMY-winning 2004 album Van Lear Rose.

Throughout her 80s, Loretta continued to write new songs and, in 2016, returned to the charts with the GRAMMY-nominated Full Circle, the first in a series of critically acclaimed albums produced by her daughter, Patsy Lynn Russell, and John Carter Cash at Cash Cabin Studio in Hendersonville, Tenn. She followed up with the seasonal classic White Christmas Blue (2016) and 2018’s GRAMMY-nominated Wouldn't It Be Great, a combination of newly written songs and fresh interpretations of her catalog. In 2021, the American music icon released Still Woman Enough, a celebration of women in country music; her 50th studio album (not including her ten studio duet collaborations with Conway Twitty), Still Woman Enough featured a title track co-written with Patsy Lynn Russell and a deeply emotional “Coal Miner's Daughter Recitation,” commemorating the 50th anniversary of the release of Lynn’s signature song (October 5, 1970) and album (January 4, 1971).

Lynn’s music and achievements were repeatedly recognized by all of the major awards bodies. She joined the Grand Ole Opry in 1962, won four GRAMMY awards, seven American Music Awards and eight Country Music Association awards. She was the first woman to win the Country Music Association and Academy of Country Music awards for Entertainer of the Year. She was inducted into the Country Music Hall of Fame in 1988, the Songwriters Hall of Fame in 2008, and was awarded the Kennedy Center Honors in 2003 and the Presidential Medal of Freedom in 2013. She sold over 45 million albums worldwide.

She was remembered by grandkids as memaw and many funny stories are told by the now adult grandchildren remembering how they did not realize she was a star.

Talking to many other music stars they remember Loretta as the real, down to earth person she was – never heard a bad word about her.

And to her neighbors in Humphreys County, she was just that – a great neighbor.  From the time she and Moony moved in and people stopped by the farm, the kids went to the local schools and Loretta signed notes if one of them needed to be absent, or she shopped at one of the local stores. 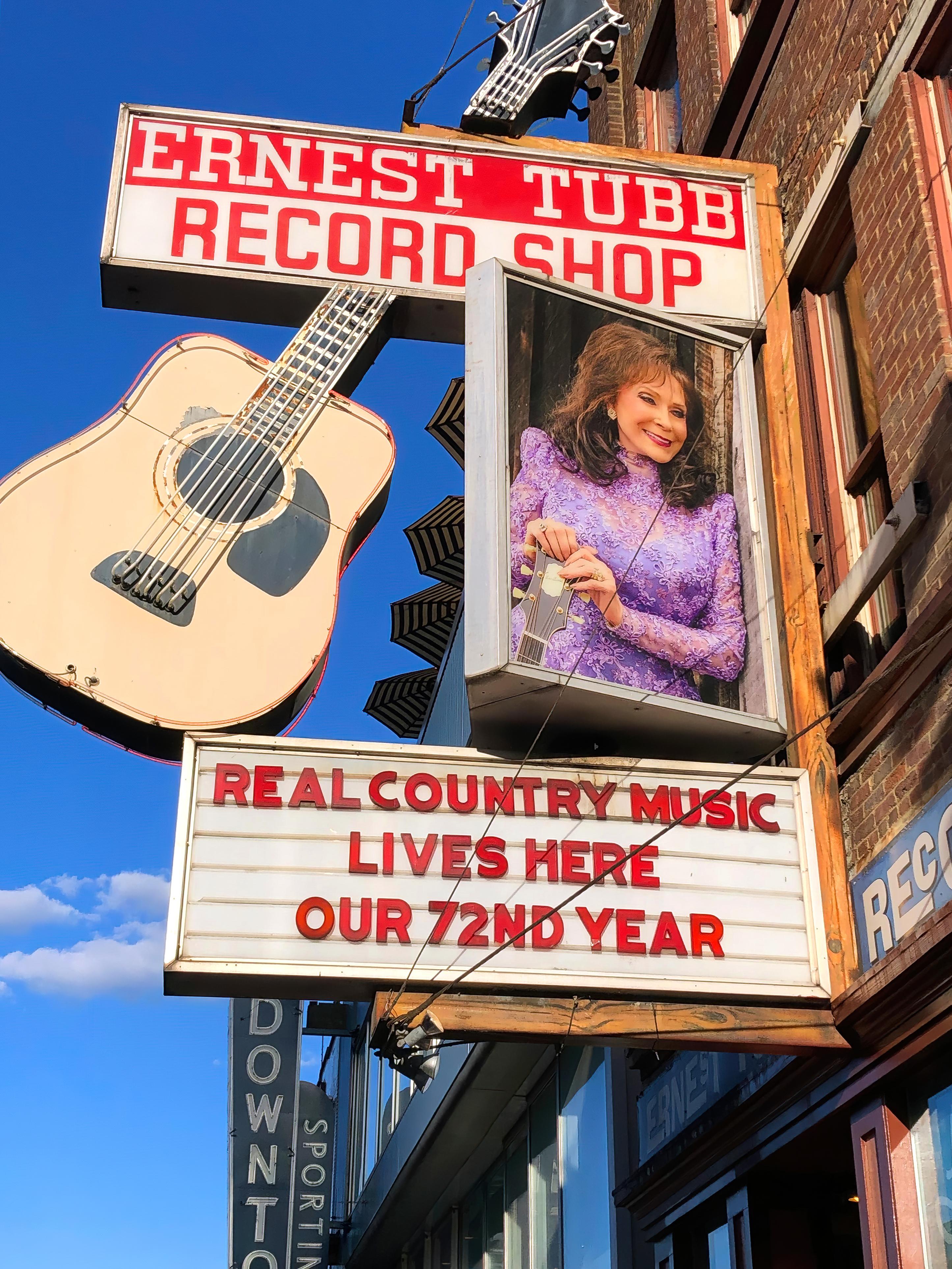 Loretta’s impact has always been far-reaching.  Little girls imaging themselves in her beautiful gowns on stage one day, blossoming singers, economic impact to our county, region and state and the legacy she is leaving in the hands of her family at Loretta Lynn’s Ranch for all to enjoy.