Can you imagine catching an 88 pound catfish?

Paula Smith caught an 88-pound catfish in 2019 in Humphreys County. (See a video here.) Humphreys County has some of the best bass and catfish habitats in the world. Since big fish produce more fish and have great DNA, their presence is the first sign of a great fishing area.

Humphreys County also has great habitat for bass and catfish in different stages of their life. The Tennessee River channel of Kentucky Lake and the Duck River and the Buffalo River all have strong currents. The side areas of the lake offer many shallow areas with calm water, grass and gravel beds.

Typical lake levels only vary about 6 feet, giving fish and boaters a consistent water level. The minimum pool is 354 feet above sea level and the summer target is 359 feet above sea level. At its deepest point, Kentucky Lake is only about 35 feet deep, so the lake does not see nearly as much stratification leading to low oxygen levels as many other lakes.

There are several marinas and local access points for Kentucky Lake.

What is on this page?

Unless posted otherwise, assume all fishing in Humphreys County requires a valid Tennessee Fishing license. Here are some options for acquiring the appropriate license. All links open a new tab.

History and Stats of Kentucky Lake

The Tennessee Valley Authority began Construction of Kentucky Dam in 1938 and completed in 1944. At 184 miles long and over 2000 miles of shoreline, the lake is the largest man-made lake east of the Mississippi.

The formation of the lake in 1945 flooded the town of Johnsonville in Humphreys County. Therefore much of the Battle of Johnsonville lies below the water. Nevertheless, the Johnsonville State Historic Park is highly informative and offers shoreline access to the lake as well as re-enactments, a museum, walking trails, scenic views and more.

The lake’s creation also allowed the entire Tennessee Valley up to Knoxville access to the Ohio and Mississippi Rivers. The Kentucky Lock is the busiest lock east of the Mississippi River. Barges and river traffic from the Ohio River can also access the Gulf Mexico by going through Kentucky Lake to the Tennessee-Tombigbee Waterway and on to the port of Mobile.

The Natural Beauty of Kentucky Lake

Kentucky Lake is a great place to go fishing and boating. Although the dam is 206 feet high, the typical maximum depth is only about 35 feet and the difference between summer and winter pool is only about 6 feet. The minimum elevation of the lake is 354 feet above sea level for navigation.

The lake has a very natural/wild look because development is not allowed on the lake itself without permits that are very difficult to acquire. The largest town on the lake is less than 10,000 people. The Tennessee National Wildlife Refuge occupies much of the shoreline in and near Humphreys County from near the I-40 bridge to just south of New Johnsonville.  The refuge dramatically increases the availability of duck and other migratory birds and contributes to better fishing as well.

The Tennessee River cuts a valley between the Western Highland Rim of Middle Tennessee and the Gulf Plains of West Tennessee. Neither area, especially the gulf plain, is notable for plentiful rocky ledges or cliffs as might be found in karst terrains like Middle and East Tennessee. Therefore, much of the lake bottom is silty, which can be good for submerged vegetation and water oxygen levels, and some of the underground features can move around from year to year.

However, Kentucky Lake and especially the Tennessee River was home to a thriving freshwater mussel business for many years. Prior to the 1930 and the invention of plastic, the harvested mussel shells were used to make buttons and even cultured pearls. Since freshwater mussels move very slowly at best and like cleaner cool water, they prefer to grow in areas that are at least slightly elevated and possibly scoured by current, such as an old roadbed, an exposed building foundation, the edges of the original river channel or even low hilltops now flooded by the lake.

The mussel beds are one of the features that attract fish. Mussels do not have a mechanism to clean their shells. The outer layer of the shell actually protects the calcium carbonate core of the shell from acids and other chemicals. Small fish congregate to feed on the algae, insects and even plants that attach themselves to the mussel shells. The big fish come to have dinner on the small fish. Some small fish can even use the old shells as nesting sites.

Since Kentucky lake is relatively shallow, only about 35 feet typically, and yet is very wide lake has many broad shallow areas conducive to vegetative growth which in turn gives the fish plenty of places to hide as well as areas for spawning.

The best places to look for Bream (Bluegill, Sunfish, and Redear) May through July or so is to find the coves for the major creek tributaries. Then work those areas upstream. Blue Creek near Cuba landing is one good spot. So is the Duck River, and the New Johnsonville Steam plant. Bream like moderate vegetation, gravel beds, and rocks or submerged wood.

Where to Look for Crappie

Kentucky Lake has a good supply of both black and white crappie. They feed on gizzard and threadfin shad. In late March and early April, they move to the shallow areas, such as the coves and flooded bottomlands. They love buttonball bushes, stake beds, and brush piles. There are several of these attractors near the Johnsonville State Historic Park cove. During the summer, many will move to deeper water along old channels and flats, while others will remain in the shallows. Some crappie stay in shallow to medium depth cover all summer

Where to find Catfish

Some folks consider catfish to be a bigger challenge to reel in than bass. They are not just sluggish bottom feeders. They can also be huge. Paula Smith caught an 88-pound catfish near the Duck River Unit of the Tennessee Wildlife Refuge. They are omnivores, which means they eat other fish as well as plants. Pick out smelly baits, like cut fish, for a good catch. Generally they are often found at depths in the old river and creek channels, especially in winter and when the water temperature is over 70 degrees. The Duck River and Tennessee River Channels are the deepest areas for the Humphreys County area. Sometimes they will rise higher up if there are enough baitfish. They spawn in shallow water in rocky areas when the water reaches about 60 degrees in the spring. When the water temperature dips near 70 in fall, they may make a return trip to shallow areas as they follow baitfish.

The bass prefer to eat threadfin and gizzard shad, but they will eat other animals and fish that move—even small lizards if they land in the water. The large and smallmouth bass are often in the deeper channels, such as the Tennessee River and the Duck River and the ledges near them and at the mouths of bays. Smallmouth bass tend to be more active in the winter than the largemouth since smallmouth tolerate cold better. Sometimes in summer, the shad baitfish will often be found in the oxygenated waters with vegetative cover in shallow areas, with the submerged vegetation providing oxygen and cover for the shad.

Small mouth bass begin their pre-spawn activity and become more voracious when the water reaches the upper 40’s, typically in mid to late February. Lage mouth wait to begin pre-spawn when the water temperature reaches about 50

When the water reaches the low 60’s in about mid-April, the smallmouth move to the shallow rocky areas to spawn. The largemouth wait until the water reaches the mid 60’s to low 70s a couple of weeks later. During spawning the females do not eat as much and harder to catch. The females typically leave the nest upon laying their eggs to go for the deeper ledges. The males will guard the nest and fry for a week or so before moving on as well.

Corps of Engineers Nautical Charts for the Tennessee River

The Corp of Engineers has downloadable pdfs showing the navigable channel on Kentucky Lake. The deepest water is generally the whitest patches on the map. Humphreys County is included on maps 14-19. Assume water flows right to left, which means that North is usually on the left side of the page Again this the actual page from the corp of engineers website. 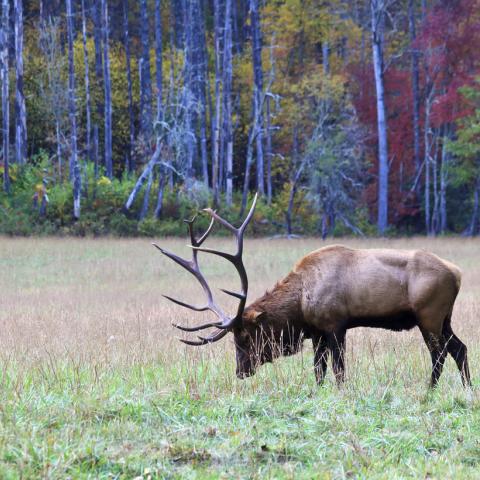 Lake levels have increased as of last Friday, with levels in the New Johnsonville area staying between 365 and 366ft. Flow rates have been in the “strong” category, with averages around 130,000cfs… 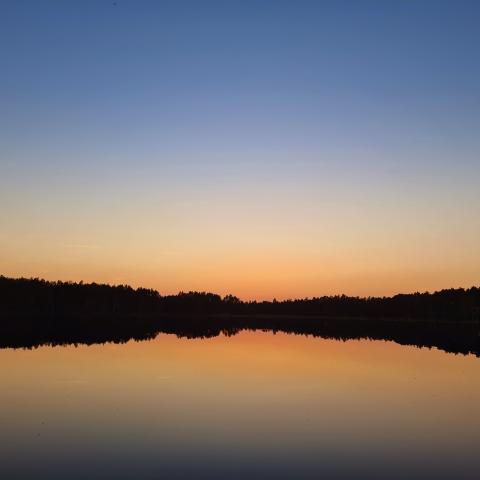 With it being winter, most hunting seasons are closed except waterfowl. With warmer weather still a few weeks off, most people have been just fine staying at home, storing hunting gear until next… 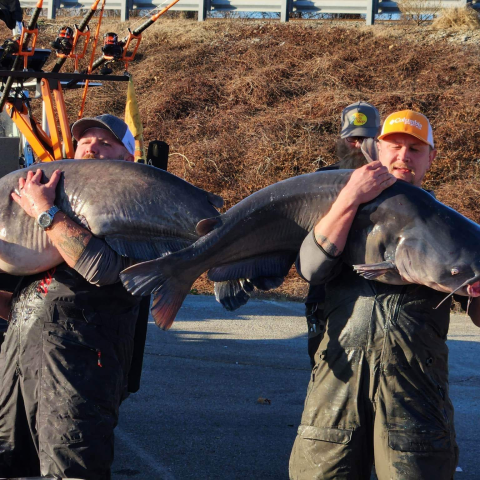 As of last week, the lake has still been just over winter pool with levels rising over this past weekend. TVA did predict a slight fall for mid week, with water levels by Wednesday hovering around…